Google has recently announced Mobile First Indexing, the next major change in its Search Ranking Algorithm. Read on to find out what it means and how it is likely to impact the rankings of your website.

From its inception, Google has been experimenting with several new technologies and strategies to make the internet an interesting and safe place for everyone. A large part of this effort goes into showing the users relevant and properly designed websites in the search results.

A complex algorithm is what powers the search results. Being the dominant search engine, the swiftness with which it makes tweaks and updates to its search ranking algorithm is almost legendary.

Sometime back, Google had released a notification about the mobile first indexing, which is expected to have a significant impact on the search rankings of many websites. Recently, it said that it has started testing it on a few websites and is monitoring the results closely.

Mobile first indexing is a new way of ranking websites. As of now, Google is testing the algorithm and very few sites have been put under the radar. The algorithm will be rolled out to more websites once Google finalizes the changes.

So what is this mobile first indexing? Should you be worried about it?

As of now broadly there are three types of websites in this world:

These websites render well on large screens but not on smaller ones. As a result, when users view them through a mobile or tablet, in most cases it becomes very difficult to read the text. The text and images become small and the users have to pinch the screen to zoom the content while viewing these websites.

Many webmasters maintain separate versions of the same website. The mobile version is typically hosted in a subdomain of the main website, e.g. website.com. Those browsing through the large screens see website.com and the others see m.website.com.

In this case, the task of the webmasters becomes complex as they have to ensure that the mobile version of the website is almost a replica of the main site. Any changes that would be implemented on the main site would need to be implemented on the mobile site as well, making them difficult to maintain. However, there are thousands, even millions of websites that follow the structure even today.

In this case, there is only one website that renders perfectly on the desktop and the mobile screens as well. The structure of these websites gets changed when people view from devices with different screen sizes there is no need to maintain separate versions for the desktop and mobile. This is the ideal structure that is easy to maintain and is largely future-ready.

Till now Google has been considering the desktop versions of the websites as the primary version based on which the rankings had decided. However, with more than 60% of the Google searches happening from mobile now, Google now probably holds the view that it should start with the mobile version of the websites when it comes to deciding the rankings.

This simply means that the famous Mobilegeddon update that it rolled out in April 2015 will become more significant now. Instead of crawling the desktop version first, it will look at the mobile version instead. If the website is not mobile ready, then the desktop version will be taken as a primary version of the website. However, we expect that to have a significant effect on the rankings.

It also means that if you had separate versions of the same website desktop and mobile then Google will probably consider m.website.com as the primary website instead of website.com.

As of now, this change is being slowly rolled out to the websites, and there are chances that your website has not come under its coverage yet. However, if you are managing a website then you need to take note of this change and make the necessary changes to your website.

How Does It Affect The Websites?

Naturally, the websites which have a fully responsive, fast loading website version are likely to gain from this change. While they might not see an overnight improvement in their SEO rankings, they are likely to benefit from it over time.

This update will bring in a significant change in the way Google views the websites. With people becoming ultra-mobile and screen sizes shrinking in recent years, it was natural that Google would be worried about the bad user experience that non-responsive websites were providing to the users. Very simply put, way back in 2015 Google said that it does not want the users to have to pinch and zoom to view the websites properly on their mobile devices. At that time they probably put a small penalty on the websites that were not compliant, but now they are making this a major factor in deciding the search rankings of the websites.

Should Webmasters Be Worried?

As I said already, as of now Google is now just testing it and widespread rollout will happen later. So right now your website might not be impacted at all. However, if you do not have a responsive website or a separate mobile version of your website, then it is time to act. Take steps to become compliant, so that you do not see any significant drop in your site rankings when mobile first indexing is made public and rolled out to your website as well.

The choice here is very clear: Either have a mobile-friendly website and maintain your SEO rankings or take the risk of not being compliant. In the second case, your website will still be indexed, but it might not rank as high as it should.

What Will You Need To Do?

If you are a webmaster, then it is about time to make your website mobile ready. While developing a new responsive website is the best option, it will require you to redesign the architecture of your website from the ground up and might involve significant cost, effort and time, especially if you are managing a large website.

Your next best option is to go for a separate mobile version of the website. However, maintaining two websites often becomes a herculean task and you will also have to optimise the mobile version separately for speed and correct rendering on all devices. Hence I recommend this only if you are completely unable to go for a responsive website. Also, do not forget to implement the proper switchboard tags to gain maximum benefits out of mobile SEO.

You can also take a look at implementing Accelerated Mobile Pages (AMP) for your website. Google has been recommending these to webmasters for some time now and if you are making your website mobile-ready, it makes a lot of sense to implement AMP as well.

Your SEO team will also need a significant change in mindset. Till now, most SEO managers have been focusing on desktop websites only. Now they will need to ensure that the various tags, URLs, schema etc. are properly implemented on the mobile site before they should probably even look at the desktop site.

A Word Of Caution:

Mobile ready indexing is being tested and monitored at present and Google is likely to make significant changes to its recommendations between now and the time when it is rolled out to the public. Webmasters need to keep an eye on the announcements that will be made by Google on this in the future and comply with what it says.

So what are your views on this update? Comment here to add your inputs. Also, feel free to ask questions and get in touch with us if you need any help in making your website ready for mobile first indexing. 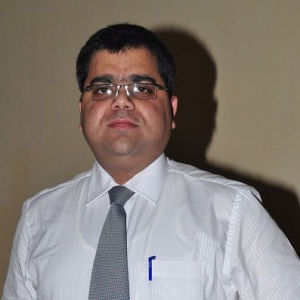 To create great designs, you need to use feature rich graphic design software. Here are a few that the professional designers love.

A Graphic Designer Is Indispensable For Every Campaign

Good Graphic Design can help any campaign to succeed, and enhance sales conversions. Engaging with a designer is critical in impressing the customers fast.

Talk To An Expert